In the last few decades, technology has made great strides. The introduction of new techniques and instruments, such as laser equipment, has revolutionised many processes, not least marking, engraving and cutting.

The word “Laser” is an acronym for Light Amplification by Stimulated Emission of Radiation – five letters to define a beam of photons which, properly channelled, can cut, engrave and mark any material.

Given the enormous potential for application in different sectors, research has developed different types of lasers depending on the uses for which they are intended. For example, the copper vapour laser (metal vapour laser) is used in dermatology, while the helium-neon laser is best known for its use in scanning barcodes.

The CO2 (carbon dioxide) laser is our laser of choice – one of the most efficient and powerful continuous wave lasers.

Unlike most machines in use, rather than moving the source on two racks, ours direct the beam onto the work surface through an optic of lenses and mirrors, permitting great gains in working speeds.

Each laser is capable of working on a surface measuring 550 mm X 550 mm and can operate independently or in tandem with others.

Sel.Mat also performs work on surface areas of up to 1200 mm X 850 mm by means of a Cartesian Laser Plotter.

Compared with previous traditional techniques of engraving, cutting and marking, via laser the design and associated cuts can be perfectly reproduced, eliminating any problems to do with punches, pantographs, irregularities in the support… Indeed, the processing takes place without contact and leaves an indelible mark, which does not fade when exposed to light.

Last but not least, the laser allows you to program different designs, letterings and cuts at any time in advance or during operation. This significant flexibility makes processing very fast and means even small batches can be worked at low costs. 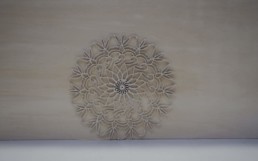 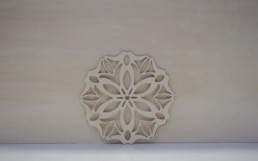 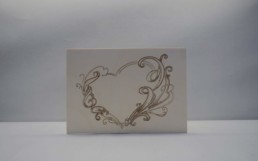 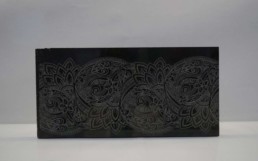 The cutting lines must be continuous, joined, and expressed in millimetres (mm); the file must be provided in full scale.

Always remove invisible lines or isolated points as the laser may interpret them as elements to be cut.

Always check the cutting lines of the image and pay attention to overlapping lines as they could compromise the final result.